Separate Unit Contention of Incidental Use

If the location of the caravan is clearly in the garden and the structure can be defined physically as a ‘caravan’, the main obstacle to the Council confirming lawfulness is often whether a caravan to be used for additional living accommodation, with all of its own facilities, would be a separate unit. Councils’ fear is usually that one property will, in effect, be split into two living units.

The quandary is this. Practically every caravan commercially available has all the facilities that would allow it to be lived in. A mobile home caravan sited in a garden with all facilities is capable of being used completely independently. If it were actually to be used in that way, a separate occupation would be created and planning approval would be required. On the other hand, if the caravan is used as part and parcel of the overall occupation of the property, it should not be considered a material change of use under section 55(1) of the Town and Country Planning Act 1990. Unfortunately, this is a matter of interpretation.

Whether the caravan includes kitchens and bathrooms, as well as primary living accommodation, such as bedrooms and living rooms, should not, in itself, create a development control issue.

This view is backed up by case law.

The report of a court decision from 1982 says; “the proper way of looking at this was to ask: what was … the effect on the planning unit? … You had to look further and say: for what purpose was the caravan to be stationed? If the … purpose envisaged was not a material change of use of the land consisting of that particular planning unit, then it seemed that no breach of planning control existed’. The report goes on to say; ‘He did not believe you could decide whether the material change of use had been made until you knew the purpose for which the caravan was to be used.”

A case decided in 1988 established that there is nothing in the nature of the typical residential caravan that makes its use incapable of being properly regarded as part of the use of land on which it stood.

In a 1991 legal decision (which actually involved the use of a garden building but the principle is the same) the court supported a planning inspector’s decision that, where the facilities of a self-contained unit were present; “He found no reason in law why such accommodation should consequently become a separate planning unit from the main dwelling.”

Consequently, there is no apparent ground in law to refuse the stationing of a caravan on the basis of a material change of use by the nature of its facilities alone. It should be the use of the caravan, in association with the house, which is evaluated, not the mere presence of facilities or the potential use of the unit.

Solution to the Separate Unit Contention

Many Councils accept caravans with facilities in gardens, to be used by members of the household, do not need planning permission. Where a Council does not so easily share this view, you may need to provide further evidence that the mobile home will not be used entirely separately to the main dwelling.

Your application for a lawful development certificate should include a description of the proposed use. The more connection there would be with the house, such as meals taken and laundry being done in the house, the greater the chance the Council will accept it. This can be given additional credence by submitting a statutory declaration (sworn statement), stating that the caravan will be used as part and parcel of the house and not as a separate dwelling house. This might help to give the council the comfort it needs to overcome its concern over separate occupation. If the Council does raise the separate unit contention, you can write setting out the basis for the alternative contention, that the existence of facilities does not necessarily create a separate unit.

The courts have held that:

There is no basis in law on which to conclude the stationing of a caravan or mobile home in a garden would be a material change of use merely because the caravan has facilities. It is the use of the caravan, in association with the house, which should be evaluated, not the presence of facilities or the potential use of the unit.

Our recommended solution to this issue is to provide an affidavit or statutory declaration. This allows a person to make a legal declaration under oath and in the presence of a lawyer. If you provide a legal declaration that the mobile home will not be used independently, this should help satisfy the Authority’s concerns.

As a final resort, if a facility is removed from the mobile home, the kitchen for example, the Authorities will have to accept the occupant’s dependency on the facilities of the main dwellings, any refusal of an LDC application after this measure has been conducted, would surely be incorrect. 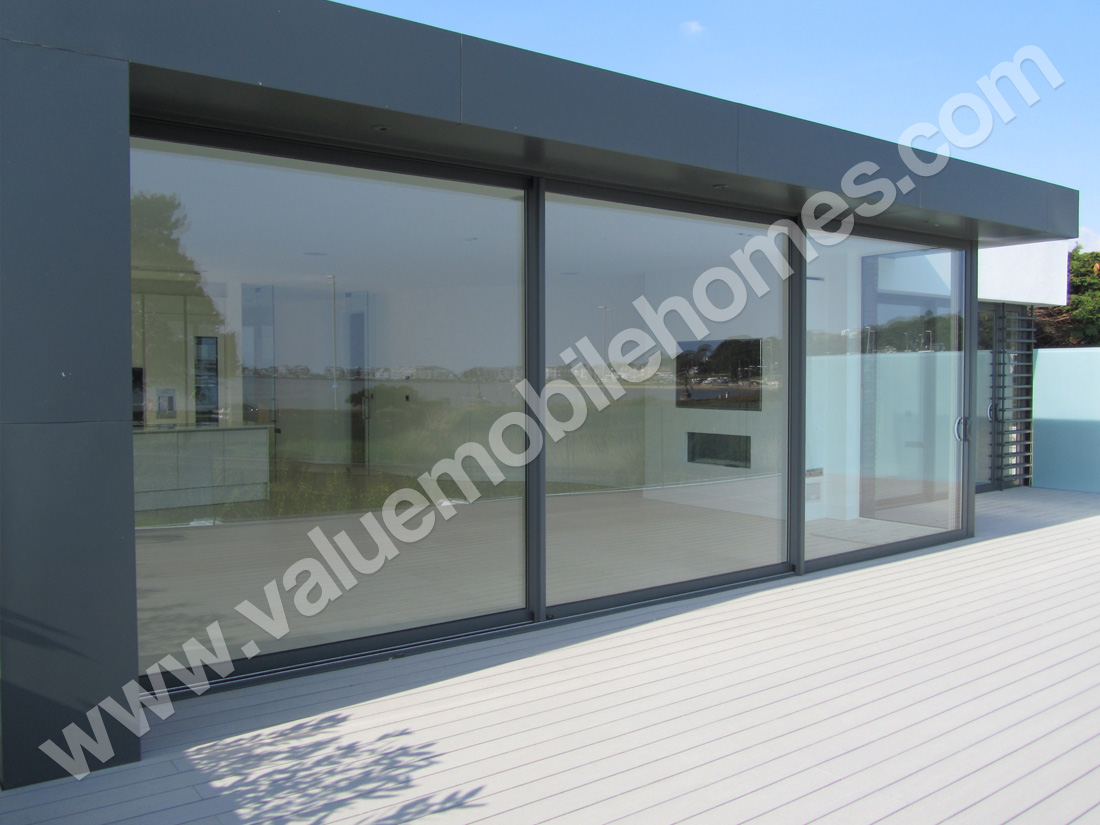